One of my favorite Disney characters is the lesser-known Figment – an impish dragon who challenges traditional thinking and scientific proofs as he interacts with scientist, Dr. Nigel Channing on the EPCOT ride, Figment’s Journey into Imagination.  “Sure, you can see with your eyes,” says Figment, “but imagine what you could see if you used your imagination!” Alas – “figments of one’s imagination” have not been seen as a “best practice” in a corporate world. 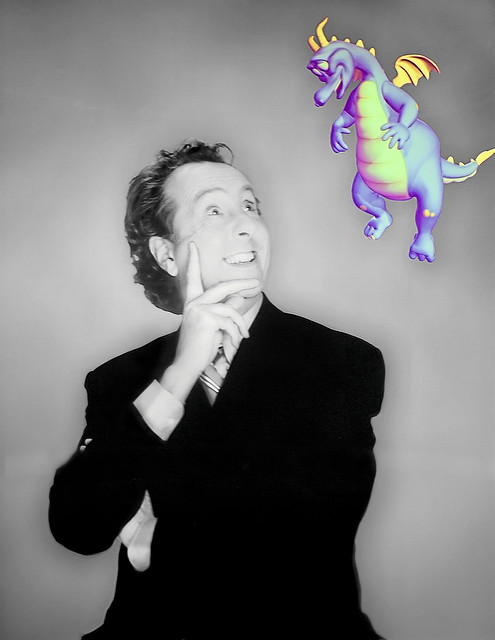 In HR, there’s been little room for us to reimagine Human Resources’ processes – not that we haven’t tried. Like science, HR is structured to carefully control the outcomes. But people are rarely easily predictable, and that makes HR hesitant about change.  There are just so many variables to cover, and the price of a mishap could be huge: loss of productivity, a mass employee walkout, huge government fines or – worse – negative publicity for the company.  The latter affects perceptions of the company, which affects sales, which affects profits. What happens – or doesn’t happen – in HR can easily make or break a company.  In HR, we’re not fans of experiments with wildly unpredictable outcomes. Our job is to keep everything in check.

It might be time to loosen the HR controls a bit.

We’re at a tipping point – In our digitally transformed society,  individuals are more in control of themselves than ever before. Today, Josh Bersin and other thought leaders are emphasizing the rise of the individual in the world of work. But this transition has been in the making for at least ten years.

Ten years ago, as an IT leader, my work team and I participated in co-innovation project with SAP.  Using Design Thinking, we worked with SAP developers to define the shortcomings of the performance management process and to design a process that would be more engaging – a process that would actually be used productively. The resulting design was ready for beta testing in 2010 when SAP announced they would acquire SuccessFactors; and our project was shelved. But here’s what I noticed about our design: it turned Performance Management on it’s head – meaning no longer would it be driven by HR and managers, but workers themselves would drive the process. At the time, my own manager said “Oh, I don’t think we want that! We don’t want employees in the driver’s seat.” That pretty much summarized HR’s resistance to change.

The idea of our co-innovation product was simple and worked much like the social networking platforms in which workers were then already engaged. Similar to today’s Continuous Performance Management product developed by SAP SuccessFactors, our co-innovated performance management system allowed employees to:

Today, ten years after our co-innovation conversations, HR leaders are hesitant to break the mold, to take the risk of placing employees more in control of their own performance management process. How does this informal performance management process tie into the performance ratings for employees — which, despite much debate, have not yet been abandoned? Can this more informal documentation support the company in the event of a lawsuit? How is compliance with processes measured and encouraged?

In this age of the individual, performance management is not the only process that will be turned upside down.

We live in a world where everyone has a voice — through Twitter, Facebook, and anonymously through Glassdoor. We live in a world where technology has enabled individuals to come out of the shadows and promote themselves and their own brand.  We live in a world where there is a renaissance of creativity and small business expansion. Freelancing is easier and common, enabled by the internet and our vast communication networks. Jobs are considered changeable because retirement funds portable – there’s no longer a need to hold out for a defined contribution pension plan. Increasingly, the individual is taking control of his/her own career.

It may no longer be a matter of what HR wants, but rather of what is needed to recruit and retain talent.

We can try to control this individuality.  Or set it free. I vote for the latter. Because acceptance of individuality in all its shapes and forms is the ultimate in diversity and inclusion.

As Figment says, “With F-I-G-M-E-N-T you can see things differently.”

This site uses Akismet to reduce spam. Learn how your comment data is processed.